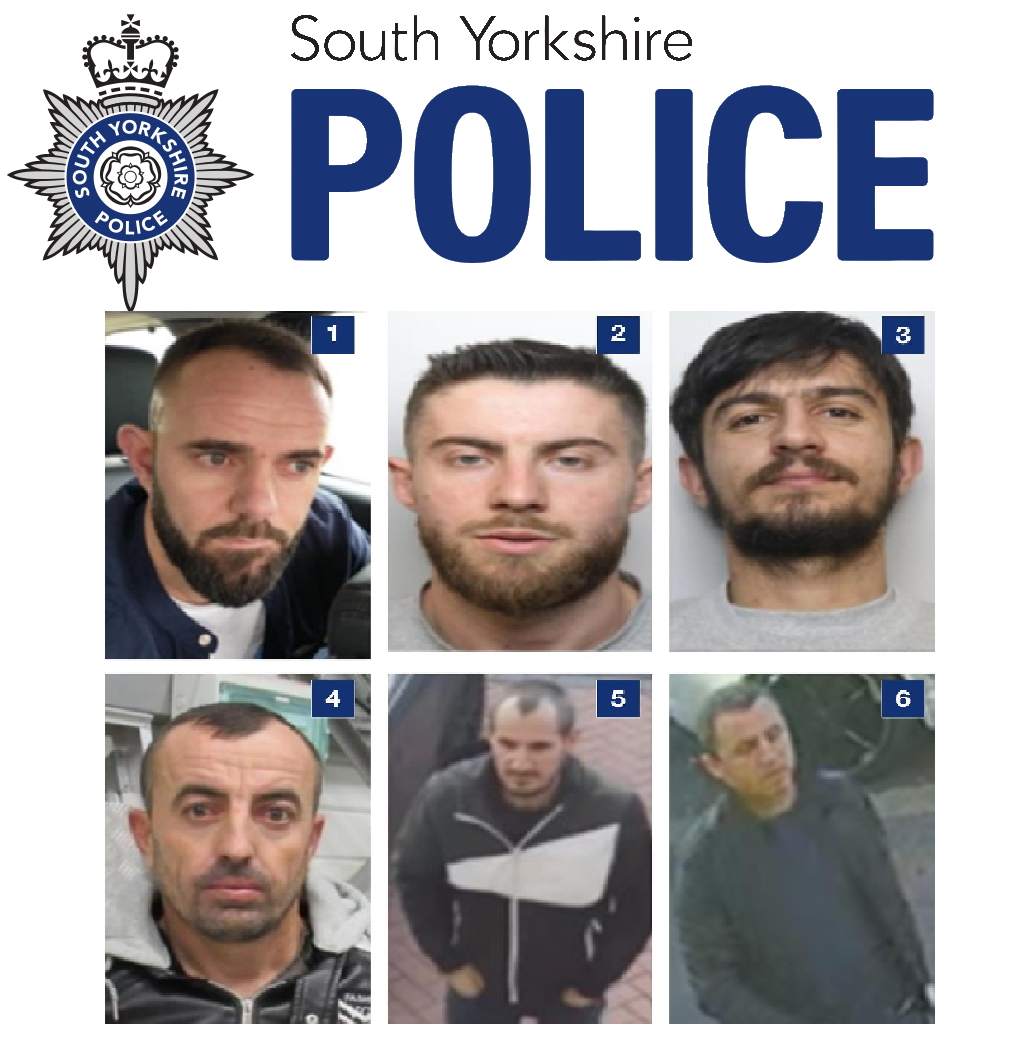 These are the faces of six men we want to speak to in connection with the murder of Fatjon Oruci. Mr Oruci was found unconscious on a Rotherham street on New Year's Day 2022 but sadly died at the scene.

Orgest Xhebexhiu, 38, Gazmend Shehu, 33, Xhelal Kasa, 25, and Korab Shahini, also 25, are all wanted in connection with the murder of Mr Oruci, 22, from London. There are also two unnamed men who we believe can help with our inquiry.

The men shown in the picture collage are:

Mr Oruci was found on Doncaster Road at about 1.20am on Saturday 1 January 2022. A post mortem found he died of catastrophic injuires as a result of being beaten. He had also been stabbed.

We want to hear from anyone who has seen or spoken to Xhebexhiu, Shehu, Kasa or Shahini recently, or knows where they may be staying. All four men are known to frequent Rotherham.

We also wish to speak to anyone who believes they know the identity of the other two men.

If you see any of the men pictured, please do not approach them but instead call 101 and quote incident number 35 of 1 January 2022.

If you have any information about the men pictured, or where they might be, you can contact us by calling 101, quoting incident 35 of 01/01/22.

Alternatively, if you prefer not to give your personal details, you can stay anonymous and pass on what you know by contacting the independent charity Crimestoppers. Call their UK Contact Centre on freephone 0800 555 111 or complete a simple and secure anonymous online form at crimestoppers-uk.org