Police are appealing for information after bags containing bones were discovered in a river in Sudbury. 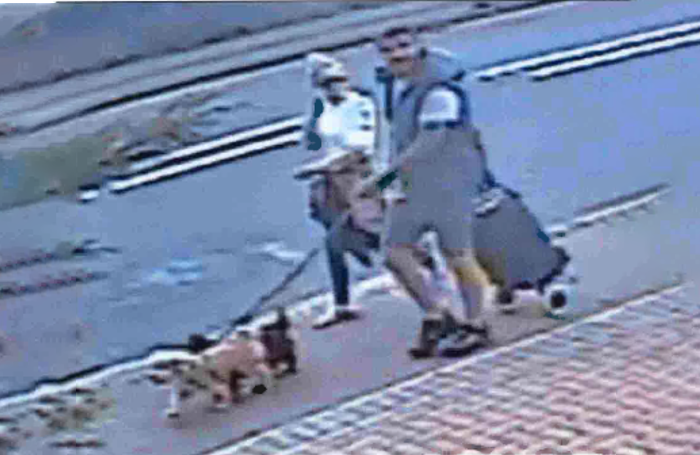 As the two-year anniversary of the discovery of human remains in a Sudbury river approaches, detectives are continuing to investigate the death which is being treated as murder.

Officers were called at around 4.35pm on Thursday 27th August 2020, after human remains were found inside two black bin bags in the River Stour, near Meadow Gate and Croft Bridge.

A Home Office post-mortem examination conducted three days later (on Sunday 30th August 2020) was not able to establish a cause of death or any form of identification.

A small amount of additional human remains were recovereed as a result of searches of the river in the week after the bags were found, with DNA testing of these remains confirming that they are from the same person as the original discovery.

Police are now releasing images of a man and a woman they would like to trace in connection with the investigation.  These two people are being treated as potential witnesses who may be able to provide information to assist the inquiry.  They are not suspects.

They were seen on 19th August 2020 , walking two dogs and pulling a shopper trolley bag along Melford Road Sudbury.

(click on radio buttons underneath Force crest above to view images)

Anyone with any information or has any knowledge of the incident is asked to contact Suffolk police, quoting reference: 37/49998/20

Crimestoppers – Contact the independent charity Crimestoppers 100% anonymously on 0800 555 111, or via their online form: www.crimestoppers-uk.org