Northamptonshire Police have launched a murder investigation after a male died after being robbed in his own home. The incident happened in the Highfield Road, Wellingborough area. 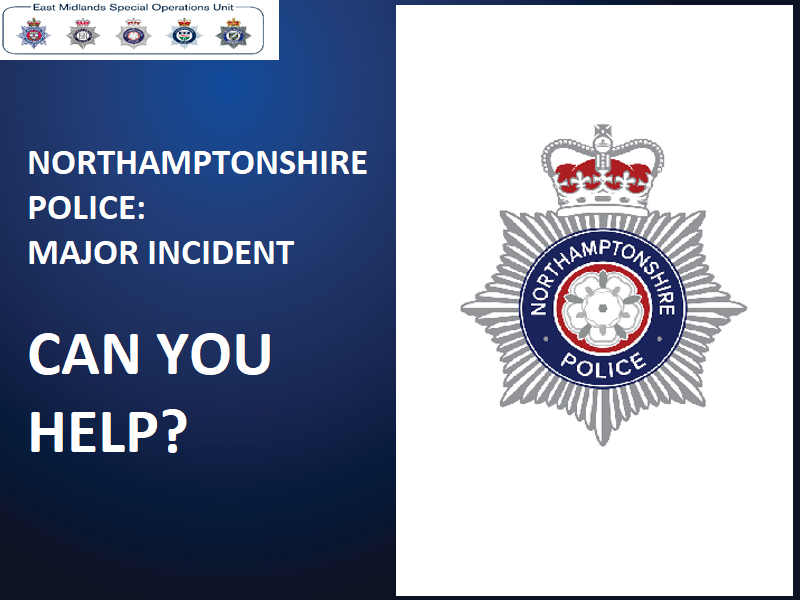 Details Of The Incident

Murder investigation launched in Wellingborough – do you have footage that could help?

A murder investigation has been launched following an incident in Highfield Road, Wellingborough.

The incident happened on Friday, November 25, between 8.45pm and 10pm, when a man answered the door to three males wearing black, purporting to be from the Border Agency. They attacked the man, leaving him with serious injuries.

The victim, was taken to hospital where he sadly died 17 days later on the morning of Monday, December 12.

It is unknown if the suspects were using a vehicle and officers are keen to hear from anyone who may have witnessed three people in the area at the time knocking on doors or any other suspicious activity.

Senior Investigating Officer – Detective Chief Inspector Adam Pendlebury, said: “I would urge everyone in the local area to review any CCTV, doorbell or dash cam footage they might have which could help our investigation. No matter how small you think it is, let us know about it so we can review it.

“Specially trained officers are supporting the victim’s family at this time and my thoughts are with them as they come to terms with this awful news.

“Officers from the Neighbourhood Policing Team will be patrolling the area today and anyone in the local area with any concerns is welcome to approach one of these officers who will be happy to help.”

If you would prefer to speak to us, please call 101 and ask for Northamptonhire Police, quoting either incident number 0325 of 28th November 2022 or mention OPERATION YARROW.

Alternatively, you can call Crimestoppers anonymously on 0800 555111.